The undefined behaviors of WPF Grid (the so-called bugs)

As long as you write code in XAML, I bet you must have used Grid in various ways. I wonder if you have seen any strange layout results of Grid.

I’ll talk about the undefined behaviors of Grid layout in this post. I call them the bugs.

This post is written in multiple languages. Please select yours:

Reading Tips: All of the examples described in this article are not common usages for Grid. (Microsoft is a great company. It will never do strange things on common situation.)

Copy and paste the code below and run to view the result:

There are flaws here, because you may suspect that the 3rd column is already twice as much as the 2nd column, but the right side is blank and cannot be seen. So now, we remove the Canvas and use HorizontalAlignment="Right". The new code is shown below:

After running, you will find that there is no white space on the far right, that is to say, the 2nd and 3rd columns do not have a 1:2 ratio - they are equal.

So where is the lost space? Let’s resize the window to check it.

Even if there is space left on the left, the right side begins to clip the element space! Can we say that the length of a missing * length has gone to the left? Obviously not. However, we can guess that the clipping of the right side of the element begins at the 1:2 ratio.

HorizontalAlignment="True" helps us a lot to distinguish whether the right side really occupies space. So we continue the testing on the right-alignment.

The new behavior did not show much surprise to us because we have seen the behavior last section. The 3rd column disappeared, and the 2nd column still lost the 1:2 ratio.

If we have realized in the last post section that the right-side space is lost when it is right-aligned, why does the white space appear suddenly in the right-side again?

I tried to slightly increase the width of the second Border. Suddenly, I reproduced the strange behavior that I reproduced just now when resizing the window!

The Proportion of Auto Size

Now, abandon the previous right-aligned test method and no longer use the * width to separate the Grid. We use Auto instead.

Specifically, we have four Border, placed in three columns of Auto size. The first Border spans three columns, and its size is longer than all the others, reaching 159. The remaining three Border each occupy a column, with two sides of equal length and a slightly longer middle. 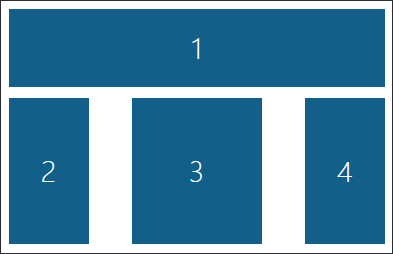 How are the columns in the actual layout divided? Here is the column width that the designer shows for us:

What if this is a calculation error?

In the experiment in the previous section, we notice that the same size brought about the same final visible size regardless of the proportion. However, this conclusion still can be subverted.

Now, we will replace 3 columns with 4 columns, and the number of Border will be replaced with 6. 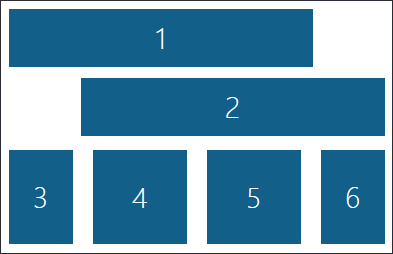 What is the width of the columns laid out at this time?

Wait! Where did the 39 come from? If the equal-size Border in the previous section would get equal-sized column widths, then this will also subvert! In fact, even if the proportion of the column width to the proportion of elements is the same at this time, there are as infinitely as many solutions under this layout. WPF picks only one out of this infinite number of solutions - and it cannot explain itself!

The conclusion of the Grid undefined behavior

However, you may think that I use the Grid in incorrect ways. However, as an API that exposes the behaviors, the behavior itself is also a part of the API. It should have clear traceable and documentable behavior instead of being explored and guess and failed by the user.

Microsoft does not have any official documents that disclose these bizarre behaviors, and I have not found such behavior in any third-party references (this post is my own conclusion). I think that Microsoft did not publish this kind of documents because the behaviors are too bizarre to be documented!

You may also be skeptical that I can go to Reference Source to check the source code of the `Grid’ layout, and then I can explain these strange behaviors. Indeed, the code there is the culprit behind this all-odd layout.

I have read the layout source code of Grid, and I can’t understand all the logic of its layout algorithm, and I also have found out some official Microsoft-recognized bugs in my reading (But I have no ability to solve it).

However, I have written a totally new Grid layout algorithm (thanks to @lindexi that he spend so much time on discussing the layout algorithm with me.). In the new algorithm, I do the same with Microsoft’s public documented Grid layout behavior. But for the various bugs mentioned in this post, I can’t find a way to achieve the same layout results as it does, but I can document and determine all the behaviors of the new Grid layout, without any undefined behavior.